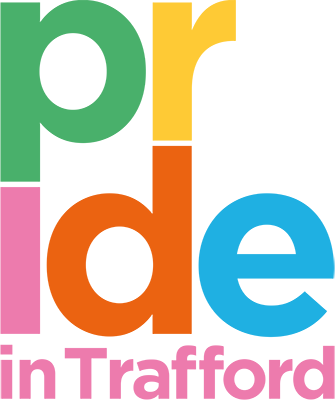 Comedian Paul Sinha was born in the UK to Bengali parents and the family medical dynasty. Whilst studying medicine in the 1990s, Paul took his first steps on the stand-up comedy circuit. He pursued both careers and at the 2006 Edinburgh Festival Fringe earned a nomination for the highest accolade in live comedy, the Edinburgh Comedy Award. Shortly after his nomination, Paul hung up his stethoscope to become a full-time comedian.

Paul is a familiar voice on radio with appearances on Radio 4's Just A Minute and The News Quiz and on BBC Radio 5 Live's Fighting Talk. His own Radio 4 series 'Paul Sinha's History Revision' won the Rose d'Or for radio comedy in 2016. He's also appeared on television on BBC's QI and Would I Lie to You? and as a competitor on Taskmaster.

A lifetime of curiosity and learning informs Paul's comedy but now also ranks him as one of the UK’s finest quizzers. This has led to yet another concurrent career, this time as a general knowledge expert on the award-winning ITV quiz show, The Chase.

Jessica Fostekew is a comedian, actor and writer, whose latest stand up show, "Hench" was nominated for the 2019 Edinburgh Comedy Award.

Jessica has appeared on BBC2's Live at The Apollo, QI, Richard Osman's House Of Games, Dave Gorman's 'Modern Life is Goodish', Comedy Central's "Pep Talks" and more. She is also co-host of The Guilty Feminist (podcast with 60 million+ downloads) and host and creator of foodie hit and new chart-topping podcast, "Hoovering" (recommended in the Guardian and The Independent).

You can also hear her BBC R4 Extra’s,The Comedy Club, Museum of Curiosity, The News Quiz and The Podcast Radio Hour. As an actor, she’s recently been cast in The Trouble With Maggie Cole, Cuckoo (BBC/ Netflix), Motherland, Out of Her Mind, Trigonometry and BAFTA multiple-award winning BBC drama, Three Girls. You can catch her in the feature films, Official Secrets from Gavin Hood and Greed from Michael Winterbottom.

Jessica's writing credits include two script commissions from the BBC, her own Radio 4 special and she has also written on Cats Does Countdown, Mock The Week and many other topical and entertainment shows. “Wears her smarts on her sleeve, great stuff” – The Guardian, “Consistently hilarious” Fest and in praise for The Hoovering Podcast “so much more than just a food show” –The Guardian

Born and bred in Manchester, Josh Jones is fast becoming one of the best young acts on the circuit. In just three short years Josh has gone from an open spot to making his TV debut in 2020 and headlining at  the biggest comedy clubs in the country including the renowned Glee Club.

2019 saw Josh nominated for the Hackney Empire New Act of the Year, named as one of Chortle’sOnes to Watch. He was also selected for the prestigious The Pleasance Comedy Reserveat the Edinburgh Fringe and was a BBC New Comedy Award Finalist. 2020 saw Josh make his TV stand-up debut on ITV’s Jonathan Ross’ Comedy Club. Josh made his debut appearance as a panellist on E4’s 8 Out of 10 Cats in December 2020 and appeared on Ch5’s Goes Horribly Wrong series.

Our MC for the evening is Kerry Legih. Kerry is warm and funny with the ability to win over any audience which makes her the perfect comedy compere. Winner of L FEST UK comedian 2018 and 2019 she is funny, queer and proud.

…”and for those of you that have ever wondered how two women engage in intercourse, don’t look past the incredibly funny KERRY LEIGH. Kerry reliving coming to terms with her sexuality was the absolute highlight of her performance.” Comedy Queers Edinburgh Fringe, 2019

We understand some may prefer not to visit the venue just yet, so we have ‘At Home’ tickets available for Laugh Riot: Comedy Night if you’d rather join the celebrations from your living room.

Our venue capacities have been reduced to allow for social distancing and to ensure your visit is safe.

The rule of six or two households will apply.

Please note that all staff and visitors over the age of 11 will be required to wear a face covering at all times whilst in our venue, including for the duration of the performance, except when consuming food or drink.

If you're exempt from wearing a face covering, please let one of our team know when you arrive so they can make sure not to disturb you during the show.

Additional Covid-19 safety measures may be put in place, such as temperature checks and changes to arrival times and are subject to change at short notice. Please look out for your pre-show email which you will receive with the latest information about the event.

If Government guidance changes and we are unable to proceed with the performance you have booked for, please be assured that you will be offered an exchange or refund on your tickets.

Created in the throes of lockdown, this vibrant dance troupe unleash their boundless energy and skilful precision upon the stage

Marlon's a Jew. This didn't bother him much until he discovered that some people he knew didn't believe the Holocaust ...